The village will provide shelter, a clinic and a wellness center

The construction of Lotus Village kicked off Sept. 16 with a groundbreaking ceremony at the project site in Overtown. Once completed, the location will increase its total capacity from 250 to 490 homeless women, youth and children. Construction will last about 15 months, ending late 2017. 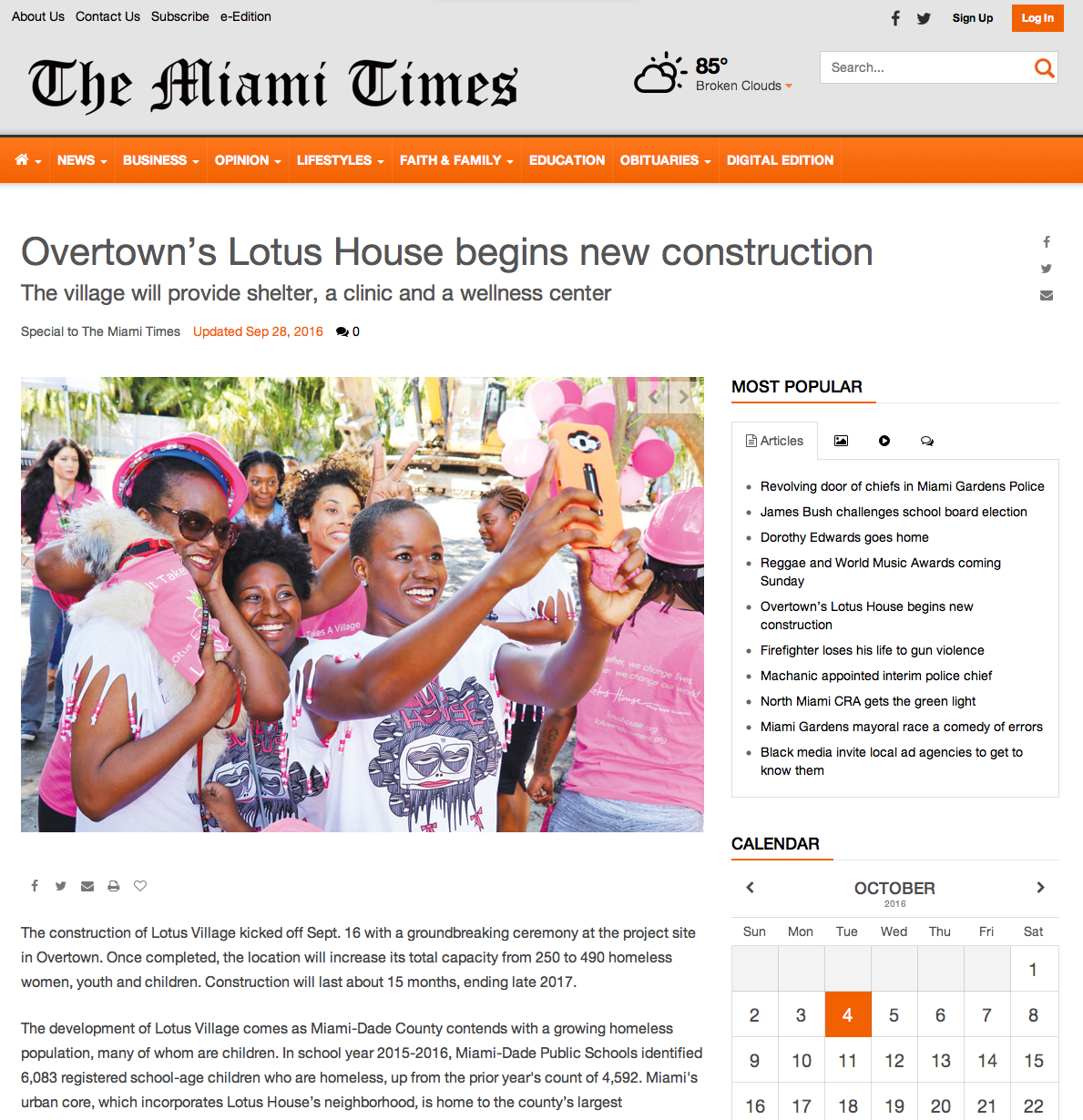 The development of Lotus Village comes as Miami-Dade County contends with a growing homeless population, many of whom are children. In school year 2015-2016, Miami-Dade Public Schools identified 6,083 registered school-age children who are homeless, up from the prior year’s count of 4,592. Miami’s urban core, which incorporates Lotus House’s neighborhood, is home to the county’s largest concentration of homeless, many of whom are children and families.

“Lotus Village will be a role model for how cities can bring an end to homelessness with enriched shelter and support services that address the needs of the most fragile among us,” says Lotus House founder Constance Collins. “Our groundbreaking is a dream come true and an example of how collaboration can bring real change to a community. This day wouldn’t be possible without the help of our friends and sponsors. It truly takes a village. My hope is that the entire Miami community will support our cause by joining our sustainability campaign.”

Once completed, the five-story shelter will include a wellness center where guests can access primary care and restorative therapies such as massage and acupuncture; a health and dental clinic open to the community; an arts and activity lab; a computer library; a beauty salon; a vegetable garden; a children’s center and daycare; and a working classroom kitchen. A community pavilion will host book readings, films, performances, dance workshops and inspirational speakers.

Since opening in Overtown 10 years ago, Lotus House has welcomed thousands of women and children, including 128 newborns. Still, more than 2,000 homeless women and children are turned away annually due to lack of space.

The start of construction marks the launch of Lotus Endowment Fund’s campaign to raise $25 million for the shelter’s long-term sustainability. Bank of America, a long-time supporter of Lotus House, announced a $250,000 pledge for operational and programmatic support at the new shelter.